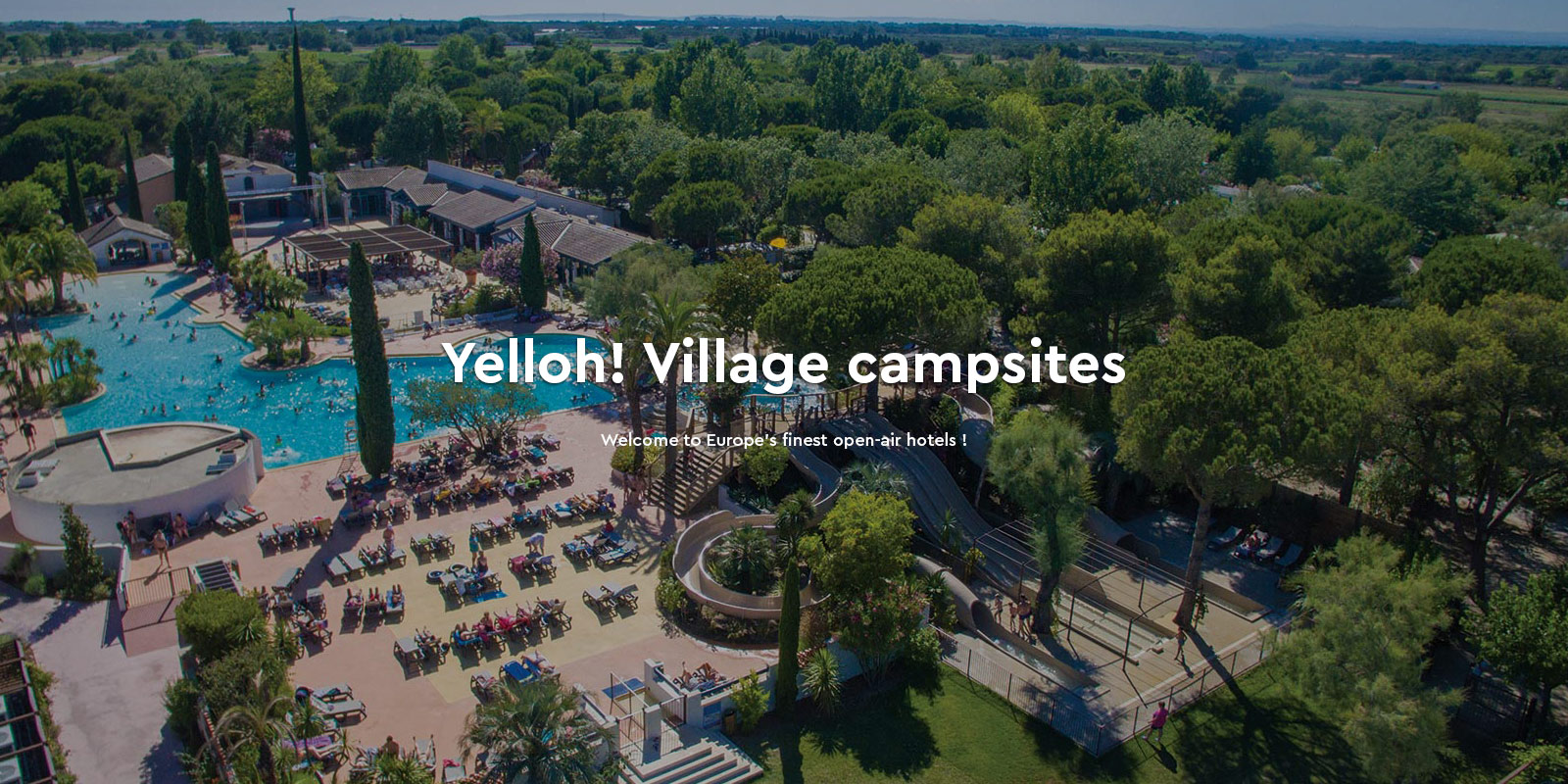 In 2019, the brand launched its first campaign in the Netherlands through sponsorship on a national television channel, continuing in 2020 with a classic advert on RTL. In 2021, Yelloh! Village turns its attention to Belgium with a television campaign, and towards Spain and Portugal on the radio.

Yelloh! Village campsites are independent and all different in terms of cultures, experience, and passions, yet united by a single requirement: to provide the best through commitment on a day-to-day basis by Yelloh campsite owners and all their staff to strive for delighted holidaymakers.

The brand’s signature “The finest open-air hotels” is accompanied by a new slogan: Crafting Happiness, underlining a new marketing concept.
Devised by Blue Egg, produced by Big Production and created by Lars Blumers, the new campaign comes as a series of 3 stories, each 20 seconds in length.
With each one introducing in turn a couple, a father and daughter and two teenagers, as well as organisers, supervisors and masseurs from the Yelloh teams, the stories are light in tone and a little quirky, immersing us in "Yelloh" experiences.

The characters in the saga will be appearing on French TV screens from February onwards as the brand sponsors the series “Ici Tout Commence” on TF1, then on classic television.

Since 2012, the "holidays of kings" story portrayed by Stéphane Bern has successfully embodied the Yelloh! Village reputation (most well-known in France's HPA sector) as well as its premium positioning.
Awarded France's Trophée de la Communication marketing prize for the best advertising campaign by a private organisation, Camping that's fit for a king was a real success.

In these advertising films, Stéphane Bern appeared as the brand's ambassador and all the actors in regal dress, with fine lacework, crinoline dresses, wigs and silk clothing. "Holidays of kings" are what happen with Yelloh! Village, and are enjoyed to the lively sounds of Mel Brooks' timeless and hilarious blockbuster "Oh yes it’s good to be the King".

The first campaign on French TV by the Yelloh! Village group was broadcast over a 3 year period, with three ads produced by advertising agency Publicis Marseille.

Top billing went to our delightful ambassador, enjoying his Yelloh! Village camping holiday. A game of volleyball, a little barbecue with friends or a bit of time spent in the Jacuzzi: these are what Stéphane Bern calls "holidays that are fit for a king".